Posted on November 9, 2015 by raisetherates

End of the 2015 Welfare Food Challenge: People Hungry for Change 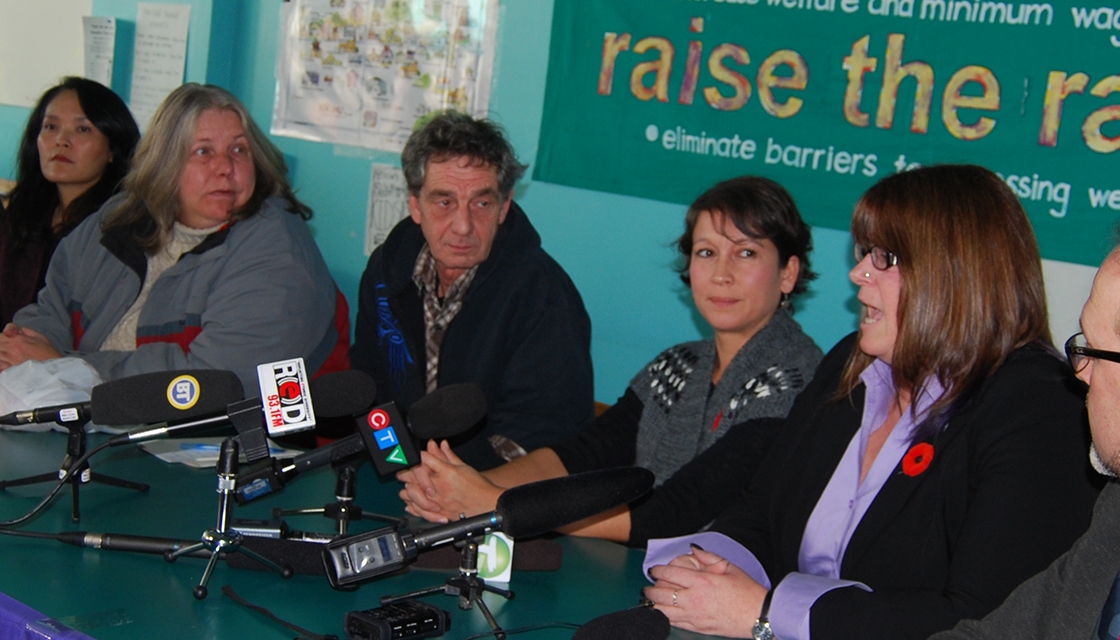 Download the End of the 2015 Welfare Food Challenge News Release (PDF). Media Advisory For Immediate Release November 8, 2015 Vancouver, Unceded Coast Salish Territory Photos available free here. “It’s important that we keep talking about [raising welfare rates] and get louder and louder.” That is what singer Bif Naked told a well-attended news conference in Vancouver on the last day of the 4th Annual Welfare Food Challenge. The Challenge is sponsored by Raise the Rates, a coalition that wants government to raise welfare rates to $1,500 from $610 a month for… Read More

Posted on November 3, 2015 by raisetherates

Musician and MP join over 100 others to say, “Raise Welfare Rates”

Download the 2015 Welfare Food Challenge Launch News Release (PDF). Media Advisory For Immediate Release November 3, 2015 Vancouver, Unceded Coast Salish Territory More photos available free here. “We have to stand up for our neighbours.” That is what Singer Bif Naked told a news conference at the launch of the 4th annual Welfare Food Challenge today in front of the No Frills grocery store on East Hastings in Vancouver. Bif is one of over 100 people from all across BC who are spending the week from November 3 through to November… Read More